Principality of Andorra has changed into a great ski resort. There are snow-capped slopes with its modern chain of ski lifts. It is windy here sometimes but most of the time the weather is really good. It is a pleasure to ski down among picturesque scenery of Pirenees. If you are bored with skiing you can try a team of dogs, a snowmobile, snowshoeing or a shopping in a duty free zone. Andorra attracts more and more Polish ski lovers every year what is fostered by cheap flights from Barcelona by Wizz Air or Ryanair.

There are two modern stations to choose which are not any different than those in the Alps: Vallnord and Grandvalira. Vallnord is usually occupied by young snowboard freaks. There are three scenic towns Arcalís, Arnisal and Pal. Two out of 100 km ski runs have got FIS homologation (International Ski Federation). Grandvalira is more like a family place and at the same time more conservative but it is the biggest ski resort in all Pirenees. There are four awesome snow parks (one is opened at night) and more than 200km of ski runs: green ones for beginners and a half were marked as red and black as steep ones. You can also jump to French slopes in Porte des Neiges. Most of 67 ski lifts, which take 100 000 people up every hour, are very comfortable cable cars (some of them have got heated seats). The World Cup of alpine ski trial for women takes place in Soldeu on Avet black ski trial. There were lifts and escalators installed for skiers’ convenience. From Encamp the highest peaks can be reached by Funicamp which is a very modern cable car. After all day of skiing it is a pleasure to rest in Caldea Thermoludic Centre and a newly built Wellness part. It is one of the biggest mountain SPA centers in Europe. You can relax in pools with thermal water, Turkish baths, saunas, a fitness center and beauty clinics. In this small principality we have got everything we can only dream of. 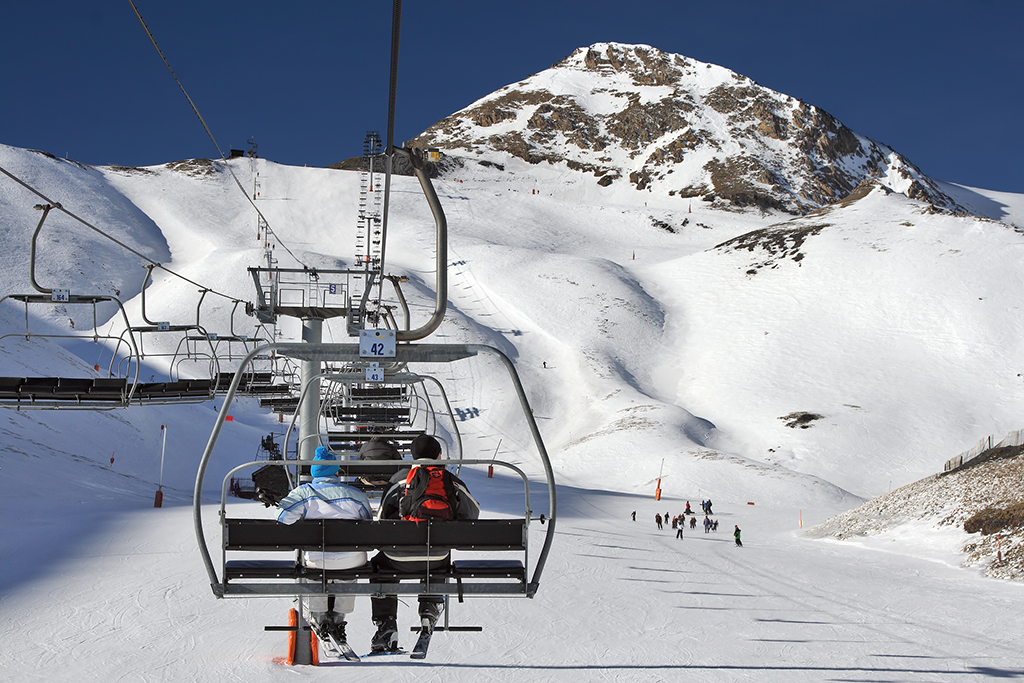